Left to Right in the OSJ Studio is Angel

The SecondHalfExpo.com will be on October the 22nd, 2022 from 8:30am to 2pm at the National Western Heritage Museum! Free Admission & Parking and over 100 vendors. A few tables left or sponsorships!

Then to be “BEYOND THE EXPO” you get a discounted page in the next issue of the 30th Anniversary of the OSJ Magazine and we will be a insert in the Sunday Oklahoman to the tune of 27,000 on top of our 650+ monthly distribution locations in the 405 and Just added Stillwater & Shawnee a regular distribution points!

Each OSJ magazine gets you six extra months of advertising after the Expo! 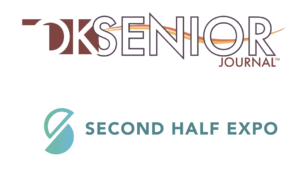