🏽Market is November the 20th & 21st, 2020 at The Oklahoma State Fair Grounds in the Pavilion and Centennial Buildings from 9 AM to 4 PM!

This week on The Rise & Thrive OSJ Radio Hour, Saturday morning at 9:05AM on KZLS The Eagle 1640AM. In studio: Left to Right is; Tamara Simpson with Simpson Shirt Co. of Edmond and a 7 Year Platinum Sponsor for The Santa

🏽 Market available online (simpsonshirtco.com) or at the actual Santa Market two day event   11/20&21/320 and Right is; Megan Clark-Nye Co-Founder of The Santa 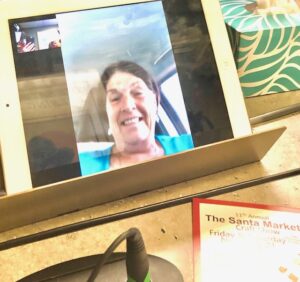 .. And our Special “Zoom” phone in guest this Saturday morning 10/10/20 on The Rise & Thrive OSJ Radio Hour is Joan Clark Co-Founder of the Santa  Market!

Tamara Simpson and her husband and own Simpson Shirt Co. in Edmond. They have been screen printing since 2011 and have been participating in the Santa Market for the past 7 years as a platinum sponsor.  They started out donating 50 t-shirts to sell during the Santa

(Left) Megan Clark-Nye- Co Founder of The Santa Market, Inc. Mother of two, Bridget and Colin, lost her dad to Alzheimer’s when she was 29 and has turned the Santa Market into a positive response to a horrific illness. Handles the social media aspect of Santa Market as well as organizing the Silent Auction and booth dedicated to Alzheimer’s. (Right) Joan Clarke is also one of the co founders of Santa Market. After losing her husband to Alzheimer’s, she combined her love of craft shows into a way to raise money for the Alzheimer’s Association. She works tirelessly year round to provide a wonderful fundraiser for this terrible disease. 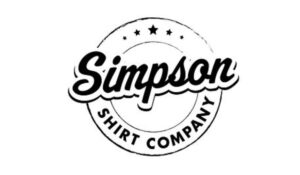