This week on The Rise & Thrive OSJ Radio Hour, Saturday morning at 9:05AM on KZLS The Eagle 1640AM. In studio left to right: Holly Andrews is a Community Relations Rep., Chrystle Hamilton, LPN is the Community Relations Manager & Janese Williams, RN, Clinical Liaison… These ladies are experts in the Field of Palliative & Hospice Care.

Janese Williams BSN RN has been working in homecare since 2014 with a primary focus on geriatrics. She recently joined Oklahoma Palliative & Hospice Care to fill the newly formed role as registered nurse clinical liaison. Janese and her husband, Cory, have a son that joined the Army and attends OU. Their 12-year-old daughter competes riding reining horses.

Chrystle Hamilton, LPN and the Community Relations Manager for Oklahoma Palliative and Hospice Care. She has been a nurse for 10 years and a hospice nurse for 5 years. She’s worked in multiple areas of healthcare but hospice and palliative care is by far her favorite. Helping patients find comfort and understanding is why she enjoys hospice care the most.

Holly Andrews is a Community Relations Rep for Oklahoma Palliative & Hospice Care. She supports individuals with life limiting disease and their families through education and understanding of Palliative and Hospice Care. She holds a Health Coaching certification from the Institute of Integrative Nutrition and is a fitness enthusiast. She and her husband, Scott, combined, have four children.

Two long time experts in their field in OKC will be on the Next Rise & Thrive OSJ Radio Hour this Saturday 6/20/20 on The Eagle 🦅 1640AM KZLS is …. Matt McNeil of McNeil’s Estate Sales and from “Trash to Treasure” Fame on Channel 4 (KFOR) with Linda Cavanaugh along with Becky Ivins of Becky Ivins Movers Real Estate often both work together to make your next Real Estate Move and Estate Sale or Appraisal a stress-free transaction!

Matt McNeil has been in the antiques trade Business since the age of nine. He holds a baccalaureate degree in American history, and is a fully certified member of the International Society of Appraisers, with full accreditation through the University of Maryland. He is fifty-one years old, happily married, and father to two wonderful dogs. He is the C.E.O. of McNeil Liquidations, Inc. — Oklahoma’s premier choice for professional personal property appraisals and estate liquidation. 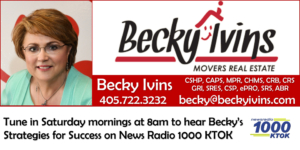 Two Wild and Crazy Guys with SYNERGY HomeCare ARE In The Rise & Thrive OSJ Radio Hour Studio this Saturday morning at 9:05AM on KZLS The Eagle 1640AM.…SYNERGY – has care for everyone wherever your home may be and continues to work around the clock for you, your family, and those you serve!

Left to right in the OSJ Studio; Jeff Aynes (Business Development Manager) and Nader Nassar (General Manager) with SYNERGY HomeCare which has been in business since 2013.

Nader Nassar- General Manager joins SYNERGY HomeCare with an extensive background in healthcare. Nader graduated from the University of Oklahoma with a Bachelor’s Degree in Public Relations although he’ll be the first to tell you he hasn’t worked a day of PR in his life. Nader has spent most of his professional career in healthcare working in Hospice care in Texas and Oklahoma before joining the SYNERGY family.

Jeff Aynes -Director of Business Development, has been a Senior Advocate in Oklahoma for over 11 years. He went to the University of Central Oklahoma and Oklahoma State University (GO POKES) where he studied Marketing, PR, and Broadcasting. Jeff has served on many healthcare associations and is a member of the Shriner’s, DeMolay and Masons where he is a Past Master. He is a DJ and owns Jammin’ Jeff Entertainment. He is has received many awards including Who’s Who Among American Leaders, National Business Leaders Society, Who’s Who Lifetime Achievement Award, and Public Relations Society of America.

We Are Back In-Person in the OSJ Radio Studio… Yippee!!! This week on The Rise & Thrive OSJ Radio Hour, Saturday morning at 9:05AM on KZLS The Eagle 1640AM. In studio: We are Discussing How MCM Insurance Can Help You Take Advantage of “The Extra Help” Program if You Fit into the so Called “Donut Hole” along with your “On Duty” Repair Mechanics for your Medicare! Left to Right; Educational Medicare Experts ~ Tonderai Bassoppo Moyo, Ginny Curtis & Jennifer Melton
~~~~~~~~~~~~~~~~~~~~~~~~~

Ginny Curtis founder and Back bone of MCM Insurance has worked in the insurance industry for 35 years. She is passionate about educating seniors so they feel confident in making decisions about their health coverage. Ginny enjoys playing an active role in the lives of her children and grand children.

Jennifer Melton, co director of MCM Insurance licensed for 9 years, holds a masters degree in education. She loves spending time with her clients and guiding them through the process of selecting the plan they deserve. She is a loving wife and mother of two children who enjoys home making and quilting.

Tonderai Bassoppo Moyo, co director of MCM Insurance is originally from Zimbabwe. Licensed for 10 years, he’s mastered the art of educating our seniors on their health coverage options and walking them through choosing the right plan. Married and proud daddy of one child, he enjoys family time and watching soccer. 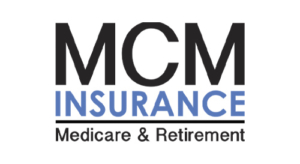 Deprecated: File /var/www/wp-content/plugins/the-events-calendar/src/views/widgets/list-widget.php is deprecated since version 5.13.0 with no alternative available. On version 6.0.0 this file will be removed. Please refer to https://evnt.is/v1-removal for template customization assistance. in /var/www/wp-includes/functions.php on line 5579


There are no upcoming events at this time.